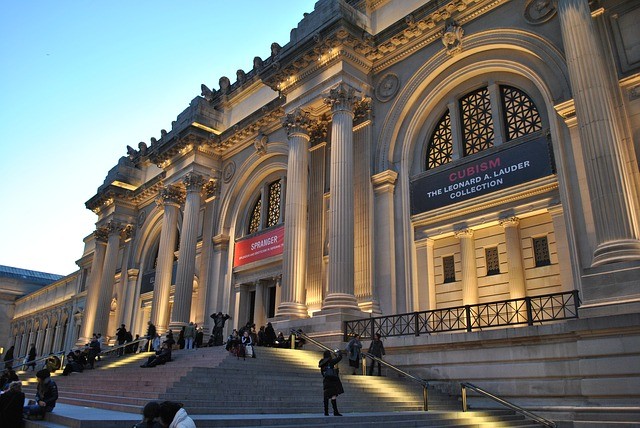 Empire City Locksmith Inc professional Upper East Side locksmiths serve the Upper East Side, also know as UES,  Our office is just a block south of  59th Street and close to the East River where Upper East Side is officially located including  Yorkville, Lenox Hill, Carnegie Hill, and other local NYC neighborhoods.

To some, it may come as a surprise to know that unlike other historical districts in New York City The Upper East Side was designated relatively recently in 1981 and earned national recognition only in 1984.

In recent years many UES northern areas were renovated and now although “officially” Upper East Sides ends somewhere around 90th street, you can’t see any difference in the unique UES environment even further north.

Despite the later recognition of the actual UES definition, some of its current districts like the Metropolitan Museum were designated a city district way before the general area was designated as the Upper East Side district.

The district as much to offer besides great locksmith services that we are offering, such as museums, galleries, dining playgrounds, nice walk by the river and central park, and much more.

Or just call Empire City Upper East Side Locksmith, home security services experts. Looking for a professional locksmith on the Upper East Side? Contact us!

It is strange that when the car keys are locked inside the car, many people’s first thought is not to call a locksmith in the Upper East Side.

This type of incident is as common as losing keys; however, the first decision they make is to solve the problem on their own.

Perhaps it is a lack of confidence in the work of a professional locksmith in the Upper East or the money that many believe they will be saved by doing this kind of work on their own.

If you’re one of those who thinks this way, these kinds of decisions may actually cost you more than you think.

Obviously, the first tip would be not to try to open the car door by yourself.

A Upper East Side locksmith would recommend evaluating the situation and verify if you have any spare keys that someone can provide.

Also, before attempting to open the door you should consider that all locks are not the same and every day automotive companies make them safer and more resistant.

If you decided not to use the help of an Upper East Side locksmith, remember not to perform these operations.

Do Not Use a Crowbar

Believe it or not, inexperienced people can opt for this type of tools to try to open the car door and retrieve the keys. If you thought the same thing, don’t do it! This method could not only endanger the integrity of your car, but also yours.

If someone else sees you try to open a door with a crowbar and even a lockout tool (aka Slim Jim), they might think you are trying to open someone else’s car and will call the authorities.

Do Not Introduce Strange Objects Inside the Lock

Remember that these locks are not the same as home locks. Trying to pick the lock by inserting a strange object or any other key into it is not a good idea, considering that what you choose to use may break and leave remains inside the lock.In these cases you will have double problem, open the locked door to retrieve the keys and probably change the car lock.

Do Not Break the Car Window. Unless it is an emergency, this is an unwise method.

Few people know that a window is usually thicker in the middle, and they tend to start hitting the glass without thinking about the consequences.In extreme cases where a pet or baby has been locked inside the car with the keys, the best thing you can do is to call the authorities or a locksmith specialized in emergency services immediately.

Remember that you should think about opening the doors and recovering the keys without putting yourself at risk, breaking the windows could hurt you and your child.And now you’ll wonder: “What should I do?” Just keep reading to find out. Better call a 24 hour Upper East Side locksmith in the Upper East Side

When your keys are locked inside the car, the best thing you can do is call an Upper East Side locksmith in the Upper East Side. These professionals have the tools to open the car door in the most efficient and safe way.

In addition, they know how to deal with the different lock types, and they provide other benefits and locksmith services, such as transponder key programming services in case of lost car keys or damaged keys.